Yomil Thanks Changó on the Second Anniversary of Haberse Coronado 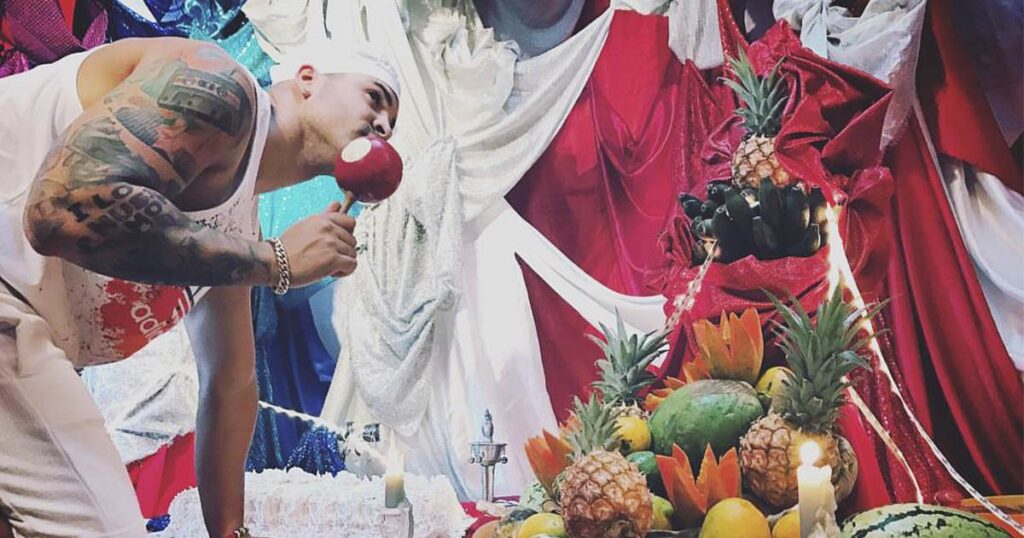 Cuban reggaetonist Yomil Hidalgo celebrates on Wednesday the second year of Haberse Coronado as the son of Changó, the King of the Osha rule and the owner of the Batá drums.

The musician, one of the members of the popular duo Yomil y El Dany, also said that only he and his saint know how many barriers he has managed to overcome and he asked that the blessing and ashé of Changó never go lower.

Changó in the Yoruba religion is the God of thunder, lightning, justice, virility, dance and fire. Last year, Yomil also reminded his followers of the date on his social networks with an image in which he was seen kneeling at the altar.

The musicians will begin this weekend a series of concerts in several US cities. as part of the “Dopados de la Mente 2018” tour. Tickets for the shows are already on sale.