Becky G and Ozuna announce their first collaboration together: “No drama”

Ozuna continues to add titles to his extensive list of collaborations and in his next musical adventure he will be accompanied by, neither more nor less, than one of the most acclaimed reggaeton divas of the moment: Becky G.

The two artists have confirmed that they have a bomb in their hands and also shared as a preview an image of the video they have starred together.

In the photograph we see the artists very close together. While the American of Mexican origins appears in a revealing purple blouse, the artist is seated in white pants and a T-shirt.

No drama will be the title of this song, which will be their first collaboration together. And luckily, fans won’t have to wait long to hear it, as it will be released on October 29. 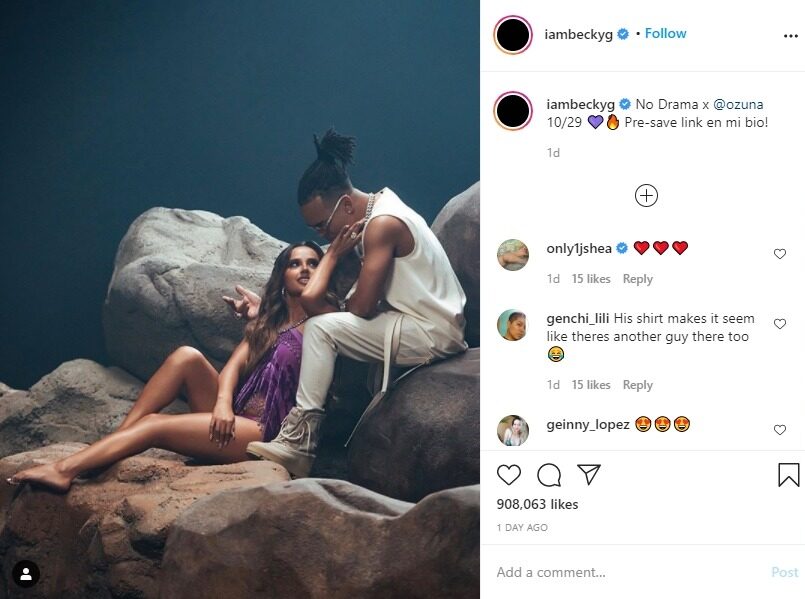 Faced with this unexpected surprise, the followers of the artists have reacted with great emotion and have expressed their desire to hear the song on the comment board. “The perfect combination”, “I can’t wait” or “My God, I’m crying with happiness. It will be a hit!” Are some of them.

Becky G made her way into the world of reggaeton with the song Mayores and validated her presence in the urban genre with songs like Sin Pijama with Natti Natasha. In recent years she has positioned herself as one of the great female voices of Latin music and for the next edition of the Latin Grammy she is on the list of nominees in the company of the Cuban group Gente de Zona por su Niña, which competes in the category ‘Best Urban Song’.

For her part, Ozuna is one of the most acclaimed urban exponents of the moment and in recent years he has collaborated with great female artists on the music scene such as Rosalía, Karol G and Natti Natasha. The results of all these musical alliances have been spectacular and have had great international recognition, so it would be expected that his song with Becky G will be one more song to add to the list of successes.